Ah finally that ultra useless pitch is getting attention, but it seems the Super Eagles will not play there...

Nations Cup 2013: Nelspruit pitch 'up to standard' for semis 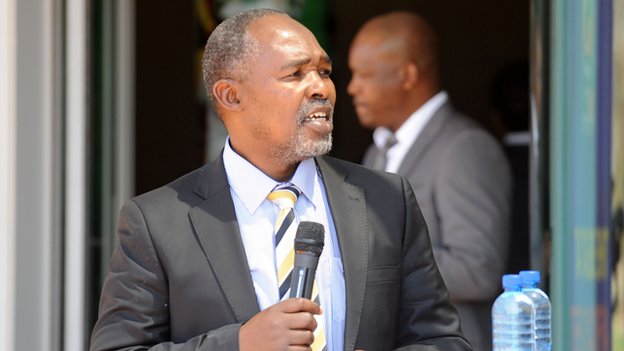 Africa Cup of Nations organisers have given the go-ahead for knock-out ties to be played in Nelspruit, despite the condition of the pitch.

The surface at the Mbombela Stadium, which also hosted six group games, has been criticised by players and coaches.
But chairman of the Local Organising Committee, Chief Mwelo Nonkonyana, said weather conditions were to blame.
He also confirmed that the quarter-final between Burkina Faso and Togo and a semi-final will take place there.


“You can't play on a pitch like this. It's a disgrace to our continent, we can do better ”
Togo striker Emmanuel Adebayor


"There are some people with technical expertise, who said they may have to do something in the next week to make it up to standard," Nonkonyana, who is also a vice-president of the South Africa Football Association, told BBC Sport.
"Unless we receive something from them to say it cannot be playable, naturally as a board we're going to reconsider, but as for now the semi-final will be played there.

"We have been assured that it will be ready for the quarter-finals and semis."
The Nelspruit surface impacted on group games, not least in the final Group C tie between Zambia and Burkina Faso - which saw the defending champions eliminated after a 0-0 draw - with players losing their footing on the sand-covered surface throughout.

Togo striker Emmanuel Adebayor - whose team qualified for the last eight for the first time with a 1-1 draw with Tunisia - fiercely criticised the pitch, calling it "a disgrace". "Once again we are in Africa, the Africa Cup of Nations is a big tournament [and] the whole world is watching this," Adebayor said. "You can't play on a pitch like this. People that watch the game in Europe, they will be sending SMS [messages] to me, asking: 'Are you playing in the bush or what?'
"It's a disgrace to our continent, we can do better."

Chipolopolo captain Kennedy Mweene complained that the pitch had "a huge amount of sand and very little grass" and Zambia coach Herve Renard also protested about its condition after his team were knocked out. "You just have to go on the pitch and see if it's possible to play very good football," Renard said. "The style of the Zambian team is to play on the floor with short passes and that means it was difficult."

Nonkonyana responded to the criticisms, saying the weather had made conditions more difficult. "I could see that the pitch somewhat deteriorated," he said. "It was due to the heavy rains that have come in unexpectedly. "It was something beyond our control. Otherwise the pitch was prepared."

The Nelspruit venue is due to host Sunday's last eight tie between the Stallions and the Sparrow Hawks and the second semi-final on 6 February. One coach who will be unconcerned with the pitch's condition, however, is Togo coach Didier Six, who likened it to a golf course in comparison with conditions in the Togolese capital Lome.
"Look at the pitch in the stadium in Lome," Six told reporters. "This pitch is many, many [times] better. It's a golf pitch."

I like it when apparently educated people say things that don't make sense! It is the heavy rains that made the pitch grow sand from a normal pitch to a beach sandy pitch! I though when it rained it made grass grow not sand?