Showing posts from October, 2012
Show all

Check this out from C-Net In the third quarter,Samsung ships 56 million smartphones worldwide, as Apple cranks out 27 million. Nokia, meanwhile, drops out of the top five.
Post a Comment
Read more

A Google Nexus retail store coming soon to a mall near you??

So I am in my prediction mode on this. Is the Google event slated for next week the opening of a new chapter for Google?  The event is rumored to announce the release of no less than three additional Google Nexus products. A phone an two tablets. Some rumors indicate that one or two additional devices might also be announced. So this got me thinking.  Consider the event next week and some other Google activities recently. Like...the Google acquisition of Motorola Mobility, and even with that we have seen Motorola release an array of great new smartphones. Currently the Driod Razr M, HD and Maxx HD are out. The Samsung Galaxy Nexus came out a few months ago, as well. Then you throw in Google docs and Google's Chrome books. What does this all mean?
Post a Comment
Read more

It's time for the Food Network... 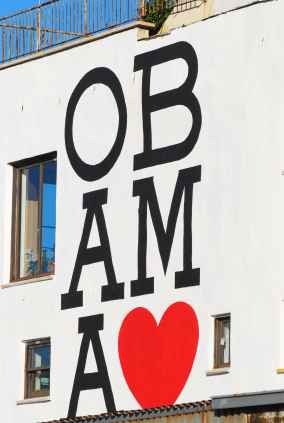 I have now concluded, this is going to be a very tough election for Obama. And a very close election for him as well. I certainly hope he wins it and I think he will. However, If we want to be honest about things, the stars all aligned for him in 2008. So many stars simply fell in place and he was able to win, with a very wide margin. With a few changes even that election would have been very very close. Consider the following that fell into place or how his stars aligned: Hillary's support: had Hillary played a sour loser, several women voters would have stayed away from the polls, some might have even voted for Palin in protest. So Obama was very fortunate that Hilary decided to put party above personal interests. Recall how bitter the battle was between Bill Clinton and Obama, which is why it is very gratifying and a lesson to all to see how they work together today.
Post a Comment
Read more

October 19, 2012
Abami Eda, Fela in one of his lesser known but iconic hits, sings:   confusion breki bone yeepah, double wahala for dedi bodi and the owner of dedi bodi.  I many times wonder what Fela's songs would sing if he lived in today's Nigeria. Then it remind myself, sadly, the songs he composed decades ago in the 70's and 80's and 90's are yet a precise description of today's Nigeria!
Post a Comment
Read more

A snapshot analysis of a societal breakdown. Let me start off by apologizing in advance for having to post these very graphic and disturbing pictures here. However I think I need the pictures to drive home the point on the urgency that is required to address this in Nigeria and to illustrate without a shadow of a doubt just how bad our societal norms have become. So kindly be warned, the images are VERY graphic and I am not in anyway happy to have to post these images, but sometimes, we needs to be shocked into reality to promote better understanding.  I very rarely like to write about such negative issues. But I fear in this situation we all need to wake up to the current reality.
3 comments
Read more
More posts