January 26, 2015
I have read several articles on why Nigeria needs Buhari and why he will save Nigeria. Sadly, as much as I respect the man and his accomplishments, I have serious doubts on his ability to be a good democratic leader for Nigeria. 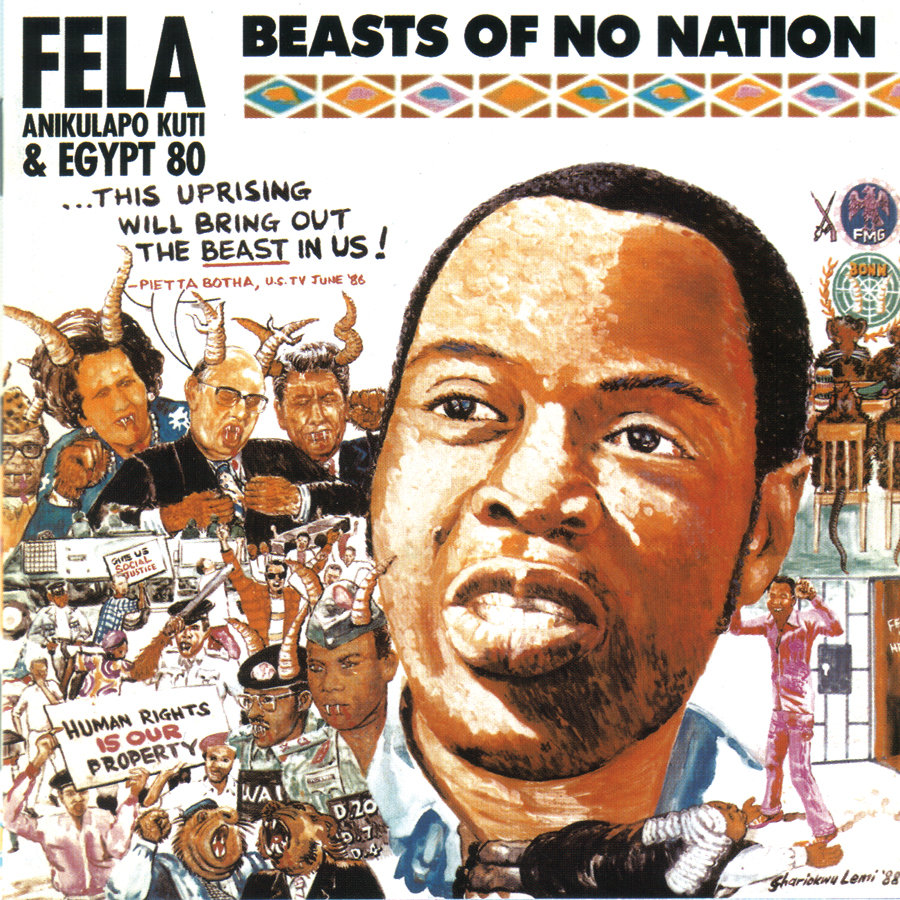 In a nutshell, his storied history and resume contains NOTHING that points to a man who will accept compromise or reasoned disagreement to his point of view. or who can use persuasive negotiations to being about positive political change. Consider the facts, since the country returned to democracy, Buhari has been unable to stay in a party and accept NOT being the presidential candidate.

He will  only join a party if that party accepts him being the flag bearer. When the ANPP refused to hand him the presidential ticket, after losing the election, he jumped ship and formed the CPC and lost again. Then he came to the APC and has brokered a deal that would ensure he emerged the presidential candidate. IBB contested in the PDP and lost and did not jump ship, Atiku has jumped ship so many times we can never tell where he will be tomorrow, he is probably about to jump ship back to the PDP shortly. At least he waits for the election to be over before making his next move and he accepts not being the flag bearer as he did to GEJ and now to Buhari. But  Buhari? You want him in your party? Then he MUST be the flag bearer, essentially it is his way or he highway. Not a good attribute of a democratic president. Especially of Nigeria.

Does anyone remember his Decree no. 4 designed to silence journalists? or Decree No.2 that was used to throw Fela in jail for 10 years? Or have we all forgotten who Fela called animal in human skin?? So again I ask can Buhari function as an effective leader in an emerging democratic society that will most certainly many times disagree with his policies?  If you say yes, please cite examples.

What made IBB a master of Nigeria, was his brutal uncanny ability to weave his way and web through Nigerian politics with his carrot and stick and sadly deceptive approach. Many of us forget that once upon a time our own highly respected Nobel Laureate Wole Soyinka accepted to serve under IBB as FRSC chairman. Or that the highly respected Tai Solarin accepted to become the CEO of IBB's "People bank". Such was IBB's ability to persuade and navigate the complex waters of Nigeria.

Another ex-military dictator, Obasanjo has done the same and even one better, the ONLY Nigerian thus far (a feat that I suspect is also driving Buhari's ambition) to have ruled the country twice, and keep in mind winning re-election as well.

PS. please DON'T mention rigging, Why? ALL parties in Nigeria rig elections, we simply have a situation where some are better than other is rigging.

It is difficult to review Buhari's achievements without adding the important fact that practically all his achievements have come with him in ultimate control and all the power, basically as a dictator. When Abacha the dark shaded dictator appointed him to run the PTF, he was given free reign to do as he pleased with the agency and the funds. His website now claims he built 10,000 km of roads via the PTF. So I ask, is Nigeria at the point where we elect a president simply because he can build roads? Well Gov. Akpabio in Akwa Ibom has built roads, bridges, a beautiful stadium, a first class hospital, and an airport among others things, with a democratic state senate and an FG to deal with, so why don't we elect him president OR Fashola has also done all of the above including now building a brand new city off the coast of Lekki for that matter...? APC supporters care to explain?

I have been WORRIED by this new love for Buhari and I never forgot Buhari's love for Sharia and I appreciate the follow statement from an article by Doz Nwubani:

Although he is preaching change now; nobody knows the kind of change he’s talking about since he has not denied the following statement that he made on 27/08/2001; “I will continue to show openly and inside me the total commitment to the Sharia movement that is sweeping all over Nigeria. God willing, we will not stop the agitation for the total implementation of the Sharia in the country”.

Yeepah!!! I am willing to let sleeping dogs lie, but this is one that is too troubling to take lightly. I feel GEJ has been a serious failure in not combating and defeating BH. But again I also suspect there is MORE than meets the eye when it comes to BH.

Friends also tell me that Nigeria is a corrupt as ever under GEJ, but quite frankly AND sadly..What's new? I have long maintained corruption is NOT the main impediment to progress, Go ask the Indians, or even the Chinese. No offence meant!

I am not impressed by Buhari last time picking Pastor Bakare and this time picking yet ANOTHER pastor from RCCG. At least it shows that the man KNOWS that he has a serious problem with Christians in Nigeria. And personally, I am not buying what he is selling. For example what credentials did Pastor Bakare have to become the president of Nigeria in case Buhari became incapacitated? Being a firebrand pastor? Or  lawyer who last practiced law in 19what?

Now he selects another candidate KNOWING that Christians (mainly the HUGE number of RCCG members) will struggle with going against the directive to vote for one of their Pastors by Daddy GO. Again, I am not buying that, good move, but a deceptive one. Politics after all is a game. Pastor prof Osinbajo would be far better vying for Governor of Lagos or Attorney General of the federation. NOT VP. Also consider the fact that the VP basically has ZERO power and basically acts as a YES man to the president. It would be more important / or an impact if the pastor was appointed AG, Minister of Justice, or Minister of Defense sef...

Had he renounced categorically and totally, ANY thought of promoting sharia in Nigeria, I could consider pleading with people to let bygones be bygones. I am not sure his pronouncements represent a true inner conviction. It is again playing the game of politics. If he loses this election will Buhari honestly do all he can to prevent the violence that will surely occur? I have my doubts.

Hence I continually and I strongly suspect Buhari's democratic credentials. It is important to differentiate that from LEADERSHIP credentials. I do not see Buhari as a democratic leader. I am not even convinced he is committed to defeating BH! Case in point, if you visit Buhari's website now and read about his plans for "National Security", it is very vague on specifics to defeat or deal with BH. It simply says something like "bring peace to the troubled states..." The question is how does this get done? For those who support him, what are his real selling points?

That he made us frog jump at bustops? There is still a valid question to be asked, who was really running that administration? Buhari or Idiagbon? AND does being Head of state for just two years and head of Abacha's PTF qualify one to now become the savior of Nigeria? And what did he forget in Aso Rock / Dodan barracks that he feels he must collect even at the grand ole age of 72? Why not promote those with actual political, business and management experience within the APC LIKE... El-Rufai? Fashola?? Consider this, had it been there was no insurgency in the North east by BH, would ANYONE even REMOTELY consider Buhari as a candidate?

I cannot at this point validate GEJ for another term for a host of reasons, or rather I am very hesitant to do so. For one, he has now been in office for almost SIX years, I feel that is enough time to have made an solid impression on Nigeria, Secondly he has done well in many areas for example it is admirable how he dealt swiftly with the Ebola outbreak and got Nigeria cleared rather fast and minimized the lives lost. But he has done but woefully in others of course especially dealing with the insurgency.

Nigeria is a complex country, it is a socialist country in transition, unions here,, there and everywhere. NLC et al, how would a Buhari deal with the NLC or doctors et al and their every present grievances? What economic plan or experience will Buhari bring to the table to diversity the Nigerian economy from oil now seeing the slump in oil prices? Do you accept Buhari;s reasons for cancelling the Lagos metro which his fellow APC member Fashola is now building almost 30 years later? Can you imagine how Lagos might have been transformed if that metro line was built AND generating revenue to pay back the financing used to build it 30 years ago? Are we sure that was not being penny wise and pound foolish? If it was a bad deal why not scrap the deal and fix the deal?

Sadly I feel the country has two bad choices. the APC I believe with squander a GOLDEN opportunity to take Aso Rock by its nomination of Buhari when sadly they had other very competent and competitive contender candidates within the party, In addition to El-Rufai and Fashola, I dare say even Atiku with his business background and added experience as a democratic two-term Vice President would have been a better choice.

And after all at least Atiku has the good sense to marry to promote Naija WAZOBIA even within his own family! A Yoruba christian as his first wife now of over 40 years! And later both a Hausa and  Igbo wife. Not just the gimmick of selecting a Christian for temporary political gain.

As the Yoruba will say, Nigerians... RONU...THINK on these things.