And so what? Its the new normal... 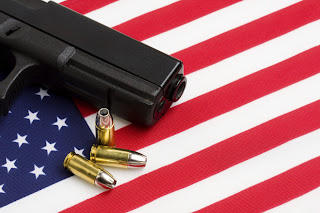 I listened to one of my now favorite programs on Sirius XM, The Michael Smerconish show on POTUS, recently and noted his and others, knocking the president on his remarks on the shooting at the Navy yard and also the Republicans chastising him for not paying greater attention to the shooting, but then proceeding in his remarks to chastise the Republicans on the budget. I sent Mike a tweet basically noting sadly... And so what?

Let us say for a minute Obama cancelled his prepared remarks and spent a full hour or more addressing the Navy yard shooting? I ask again, AND SO WHAT... would have happened? The point? What good would that have done? I have no doubt the president sympathizes with the loss of life, However as you see whenever Obama addresses the growing numbers of such incidents, you can see and hear the frustration in his voice. As you also immediately hear those in the NRA and some in Congress sounding the familiar refrain: Additional gun control laws are not required... Are you not sick of hearing: Guns don't kill people, people kill people... Anyway...

Most importantly, what happened to the seriously watered down Manchin-Toomey gun proposal
in Congress? Nothing, it died. That bill that would have at least started the needed actions, conversation and next chapter on gun control regulations and more important actions to be debated and taken on the road map to resolve this terribly vexing issue for the nation.

As this latest story unfolds, it is rather amazing or frankly, pretty distressing that a man with a questionable and gun incident past covering three different states, Texas, Washington and Rhode Island was able to walk into a gun store in fourth state, Virginia and easily purchase a weapon. And it appears there are those who oppose common sense laws to prevent this from happening as in keeping track of such persons to prevent them being able to buy a gun.

So in my opinion, I would suggest concerned parties in the country do not fall for what I believe is a GOP diversionary political tactic, blaming the messenger and forgetting the message / incident. Frankly it is more of a minor issue how Obama responded to the incident, the crux of this matter is, and I am sure what most Americans are worried about including myself who resides not that far from the Navy yard, is how do we prevent these incidents from taking place! Not when or how we speak about them AFTER they have taken place and precious lives lost. Hopefully the GOP while chastising Obama, has a concrete plan for this in the works.

And since I originally wrote this peace, AFTER the Navy yard shootings, we have had 5 killed and 20 injured thus far in Chicago less than two weeks we are back to normal...

It does not appear as a society, there has been much progress on the gun control issues. Rather we appear to be regressing, resulting in more gruesome gun violence incidents taking place at fewer and fewer intervals, creating for us all a new normal. Such that we face the danger of getting to a point where comments will indeed seem, meaningless and pointless. One sincerely hopes Congress will be able to get their act together and prevent this from happening.

Sadly, I will not hold my breath.

April 30, 2015
I read the article by Peter Moskos:  Why just blaming cops won't help Baltimore I am going to quote DIRECTLY from his piece describing what I believe can be attributed to institutional and systemic racism as the crux of the problem in my dear Charm City. I am not sure that the author was aware he was indeed supporting the arguments that not only does institutional racism exist, but the damage it has done to our collective society and why we must get rid of it:
Read more